Insurance Management Is Easy If You Start at the Beginning 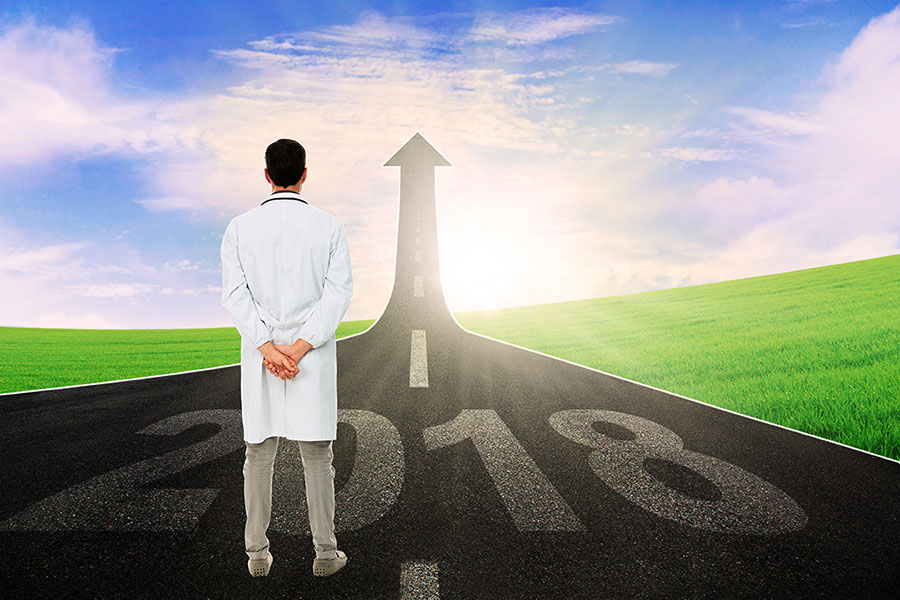 It is imperative that we as dental professionals, both clinical and administrative, have a sequential process by which the entire team can follow. All too often I find offices that have slipped out of focus by attempting to hold themselves out as being all-knowing as well as all-doing when it comes to the patient’s benefit plan. We each have our individual roles in both the business office as well as operatory. It should go without saying that harmony, growth, and overall profitability are more easily achieved when everyone is singing from the same songbook.

My father, Tom Limoli DDS (1924-2006), originally founded Atlanta Dental Consultants with my mother, Christel, in the early 1970’s. One of the many cornerstones of our business teachings has been what we continually refer to as the Trilogy of Reimbursement. In its simplest of terms, the continuous trilogy is based on the three progressive interdependent steps of diagnosis, treatment, and documentation. 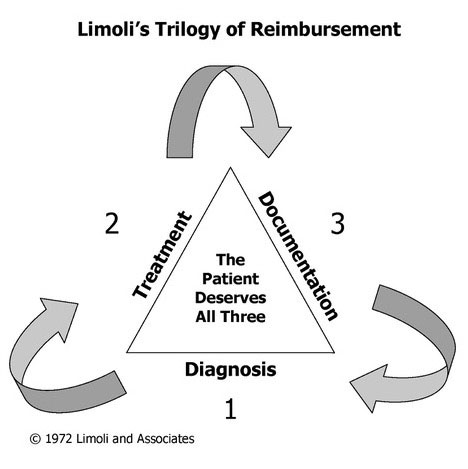 In other words, diagnose based upon documented findings, then treat based upon the diagnosis and patient response, then bill and code for exactly what was performed. Your narrative report and supplemental information falls right into place, because it is simply based upon your clinical diagnostic as well as treatment documentations. And don’t forget to note how the patient responded to not only the procedure but the overall outcome.

It sounds simple enough. But if the business team is not coding and billing for exactly that which was performed by the clinical team, we have the beginning of a treacherous downward spiral that will manifest itself into lost revenue, wasted time, and unnecessary stress on both the dental office as well as the doctor’s personal paycheck. As tempting as it may be to add a 4th step called, “What should we tell the insurance company,” don’t do it. The patient deserves for you to tell the insurance company the truth. Anything other than the truth treads on the path of insurance fraud.

For those seeking greater understanding of the reimbursement process, let’s briefly review the differences between evaluation and what was examination. That way, we are all better prepared to appropriately deal with its reimbursement implications.

In the old days we had only three exam codes. They were known simply as periodic, initial, and emergency. The periodic exam was when we updated the patient’s clinical status and began the next series in the sequential order of care. The initial exam was when we first saw the patient and established them as a patient of record. The emergency exam was when the patient showed up at the office – most often in pain – and we encountered an interruption in the daily schedule.

The word “examination” was later changed to “evaluation.”

Examination was and continues to simply be academically defined as the gathering of clinical data. In the old days, the doctor gathered all the data and established a professional opinion and treatment plan so as to assist the patient in becoming as healthy as possible. The evaluation component was assumed since the doctor was gathering the data. Then, for some unknown reason, the (some) doctors became less involved. The gathering of basic clinical data became delegated to other members of the doctor’s clinical team.

Evaluation is essentially the interpretation of examination findings. Earlier versions of Current Dental Terminology (CDT) specified that the collection and recording of some data and components of the dental examination may be delegated. But the evaluation, diagnosis, and treatment planning are the responsibility of a (licensed) dentist.

And the Question Is…

When do you use which of the more common evaluation codes? There are plenty to choose from but let’s focus this discussion on the basics.

D0140 Limited Oral Evaluation – Problem-focused simply replaces that which was previously known as the emergency exam. Problem-focused means that the doctor is diagnosing a patient’s specific oral health concern and is not evaluating all the dental systems.

D0120 Periodic Oral Evaluation is a complete update to previously existing data that has been actively maintained by the dentist of record. In other words, what health specific data has changed or been modified since the patient’s previous evaluation.

D0160 Detailed and Extensive Oral Evaluation – Problem-focused by report would occur when the doctor finds something in a previously completed comprehensive evaluation that would warrant additional scrutiny. The specific diagnostic regiment and its findings are most often separately tracked and documented from the baseline data established in the previous comprehensive evaluation.

D0180 Comprehensive Periodontal Evaluation is used primarily by periodontists for a referred patient from a general dentist. The same dentist in the same treatment series should not report this in addition to a comprehensive oral evaluation. This code is not intended for use as a separate code for periodontal charting. Most all benefit plans process both procedures with the same payment criteria, limitations, and fee data.

D0170 and D0171 Re-Evaluations, be they post operative or not, are most often considered to be part of the original, completed procedure. If you decide to bill and code for these entries, the EOB from the benefit plan will tell you if they are collectible from the patient.

What about the patient’s first-time encounter with the office?
If the patient’s original diagnostic encounter with the office was for the immediate relief of pain or second opinion, that initial visit would most often have been a limited oral evaluation in that not all the dental systems would have been evaluated. Initial patient encounters will most often either be a Comprehensive or Limited evaluation based on the extent of data collection and subsequent diagnosis.

So who pays for what evaluation and when?
Comprehensive oral evaluation will most often occur once per treatment history of an individual patient. Exception occurs when the patient has been absent from the practice for a prolonged period of time. Most plans consider the exclusionary period to be somewhere between 5 and 7 years. When will they benefit the replacement of a crown? Exception also occurs when the patient has undergone a major change in health status.

Since plan reimbursement is generated based upon the terms of the patient’s benefit contract, remember that most all benefit plans simply reimburse for only two evaluations per benefit year. Which two specific evaluations do they pay for? Which ones did the doctor do as well as clinically document?

As concerns your sequential order of diagnostic documentation – your clinical record must do all three.

Now we are better prepared to tell the patient and the bill payer what we are going to do about what we found as well as code for exactly what completed procedure we performed.

But what fee do we charge? It’s 2018, and the economy has finally taken its well-deserved turn for the best. Allow me the honor of helping you get both your fee schedule and benefit plan participation in order.